I know it’s been a while but inspiration and ups and downs. You get the picture! Well, I will just talk about the positive

I hope everyone is well and I want to thank you for reading this blog.  I have done over 50 posts it’s seems like yesterday when I did my first every post or blog for that matter.

I have a few things to get off my chest.

Acting wise:  A film that I did called Killers at Play won “Best Thriller” at the Amsterdam Film Festival this year.  I played Sara who gets set up by the killers when her husband gets killed as the couple try to move out of their hometown.   It is a horror flick and it was great working with a great director Larry DeGala and Don Hewitt as by husband.   I love working with all that blood (fake) and first time in a horror film.  It was cool.

“Beyond the Pale” a film I did back in 1999 “Wow”.  IMDb (International Movie Database)  considers it the top ten Irish films of all time available on Amazon we made #8 on the list.  I played a fast hooker chick but with a heart of gold.

I am in the middle of getting a webseries together “All About Manos”  its a dark comedy.  Stepbrothers meets Thelma & Louise I will be shooting hopefully in late fall.   And I am involved with a reality show called “It’s A Wrap” very cool show about wrapping cars that is in development.   I guess that is why I have not had time to get to my blog!!!  LOL

Redneck Weddings is doing good too.  I actually wrote three episodes and a whole package for pitching along with budgets stay tuned for this too I see up-coming opportunities in that department too.  I re-tooled the show and made it darker and with some drama to it.

“Redneck Weddings” the Music Video into a festival this past month “Art all Night” in Trenton NJ.  It was shown to thousands of people who attended the festival.  It is a 24 hour film and art festival with actual artists from all over the world displaying their art and film.    And the theme TV Song Redneck Weddings got a new version re-recorded by Rob Valle who wrote the song in twenty minutes. It so catchy! It has the fiddle and vocals that really make it so much more fuller than before.  It is also on itunes for purchase or just listen for the sample of it.   Gary Carter produced it and worked on it with Rob Valle. I got the best musicians in Nashville.  Gary Carter has worked with Pam Tillis, Faith Hill, Randy Travis and Kenny Chesney to name a few.  So honored and thrill to listen to knowing that I started from nothing.

Go on i-tunes then store/music  (In search)  type: Rob Valle and you will see it.

The last couple of months I have been working on a game show for the Game Show Network as a (stand-in) dry rehearsals but I got a chance to work with Billy Gardell from Mike and Molly!   What a nice guy and he was a stand up comedian for many years.  Well, he reminds me a little of Jackie Gleason. Bigger than life and he has a big heart.

Jackie Gleason at his best.

Here is a promo of the Show.  And if you look at this promo you can see me running down to play from my throne on set! 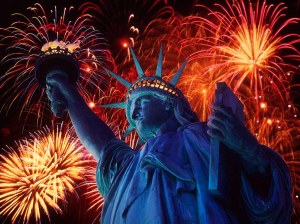