I wanted to wish everyone a happy 4th of July! Sometimes I like to go off course regarding my show Redneck Weddings and write about what moves me and who I am. Here is an American Story of my Grandfather….

I love my country and I am proud to be an American. I have been to Europe although very beautiful nothing is like this country.

Here is my story.

On both sides of my family, my grandparents came here on a boat for a better life. My parents were the first generation to be born in America.

My only grandparent that I remember, since they all passed before I was born was my father’s father Francesco he was proud to have come to this country. Back in the old country his opportunities were bleak his only chance was to be a farmer and live off the land. He was poor back then and with no formal education he was stuck. So, as a young man of 19 years old he embarked in a journey for a better life in his pocket was his ticket and a few lira that he exchange to American silver dollars which I still have back in 1906.

Being the only provider he worked the bridges and tunnels, the work was dangerous and he would tell stories of how men lost their lives to build those tunnels and bridges that people now just drive through.

Photo of the lincoln tunnel being built.

He learned how to read and write english, learn how to type, read as many books as he could to improve himself, he enlisted into the Army (World War 1) and went back to Europe as an American Solider and was first stationed in Chicago where lived and learn to speak Polish. Later he would own real estate, get in the food business, and own land and with six kids in tow he would still grow his own food on his land. He would remind his children like all Italians that work ethic and education was very important.

As a little girl I remember sitting on his knee reciting the Pledge of Allegiance and singing God Bless America with him. I would see him march in a parade on July 4th waving the American Flag. 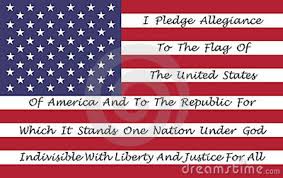 So, as a little girl my memories of 4th of July go way beyond the fireworks and cookouts. It is the memory of my Grandfather and the pride he had thought out his life of being an American.